What is Method R?

Method R is a commonsense method for optimizing a system. It is the straightforward process of answering the four natural questions about performance: How long? Why? What if? and What else? 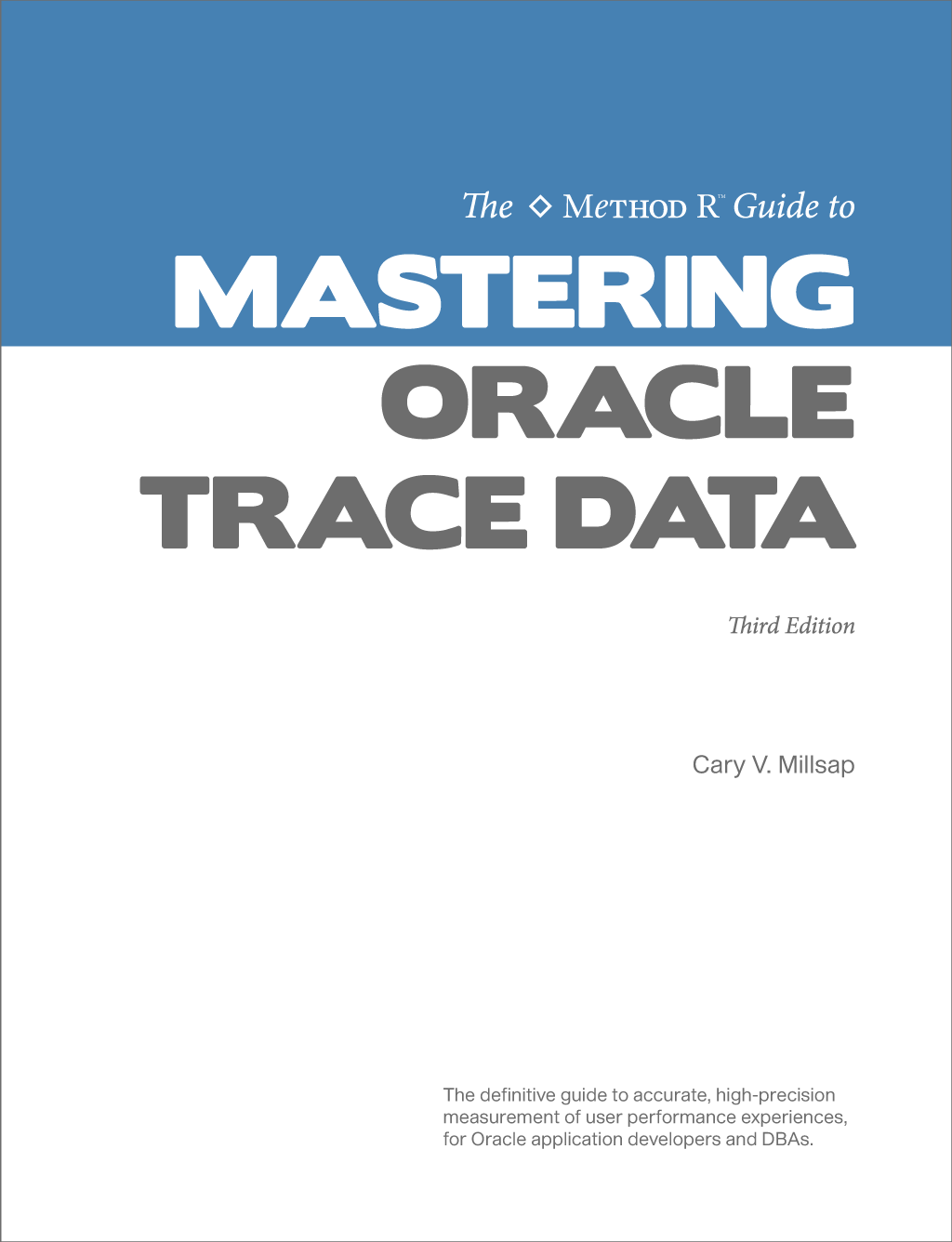 Method R was first documented in the book Optimizing Oracle Performance, for which Cary Millsap and Jeff Holt were named Oracle Magazine 2004 Authors of the Year. An updated and more detailed version is available in Cary Millsap’s The Method R Guide to Mastering Oracle Trace Data, 3rd Edition.

Method R has been used with tremendous success at Oracle sites since the mid-1990s. Although Method R was first documented in an Oracle context, its usefulness extends far beyond Oracle. In fact, the definition of Method R does not refer specifically to Oracle, databases, or even computers.

Can you explain Method R so even my boss could understand it?

Why is there a diamond in the Method R logo?